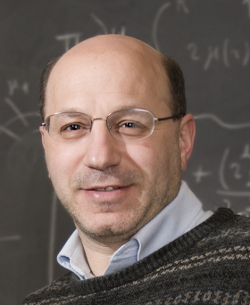 Howard A. Stone
Office: D328 E-Quad
Email: hastone[at]princeton.edu
Phone: 609-258-9493
Web
Fluid motions dominated by viscosity, so-called low-Reynolds-number flows, have many applications, including the lubricating motions important to the operation of mechanical equipment (and joints), coating flows important to a myriad of industrial applications, and flows and transport processes in microdevices (MEMS) that are finding many new applications owing to their use for handling small quantities of (possibly expensive) liquids and for manipulating polymers. The flow of many suspensions are also often dominated by viscous effects as are the way in which fluid moves in foams and dense colloidal suspensions. Professor Stone and his research group actively work on projects in each of these areas of fluid dynamics. Several of the projects combine theory and experiment in order to more fully explore the limits of both.

Another common theme of viscous flow theory being pursued by Professor Stone and his collaborators is the dynamics of fluid-fluid interfaces. This research includes analytical and numerical studies (often using integral equation methods) of (1) the stretching and breakup of fluid threads and (2) the effect of electric fields on drops and other fluid-fluid interfaces. Because a complete understanding of some viscously dominated flows (such as lift forces) may require incorporating the influence of inertia, Professor Stone also uses asymptotic methods to study flows at small, but finite, Reynolds numbers.

Many biologically inspired problems occur in the viscously dominated flow limit. Professor Stone has studied several problems concerning the flow of lipid monolayers and bilayers, and has investigated the motions of particles suspended in such interfacial layers. This research area is actively pursued by researchers at the interface of chemistry, physics and engineering. 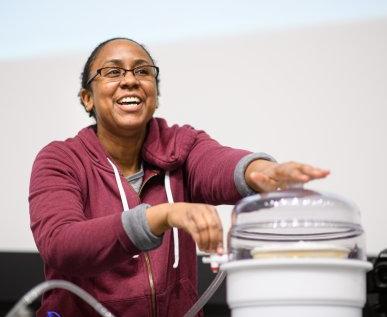 Janine Nunes
(Research scholar)
Office: G02 E-Quad
Email: nunes[at]princeton.edu
I am interested in the controlled synthesis and fabrication of novel micro-objects, such as microfibers and core-shell/hollow microspheres, using multiphase microfluidics to template the precursor liquid phases. 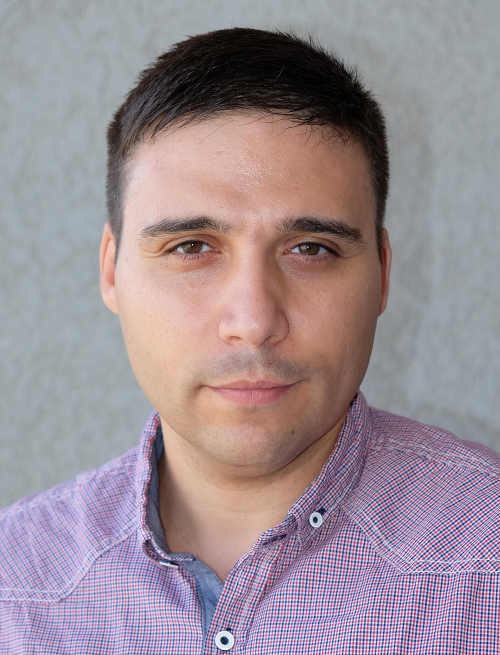 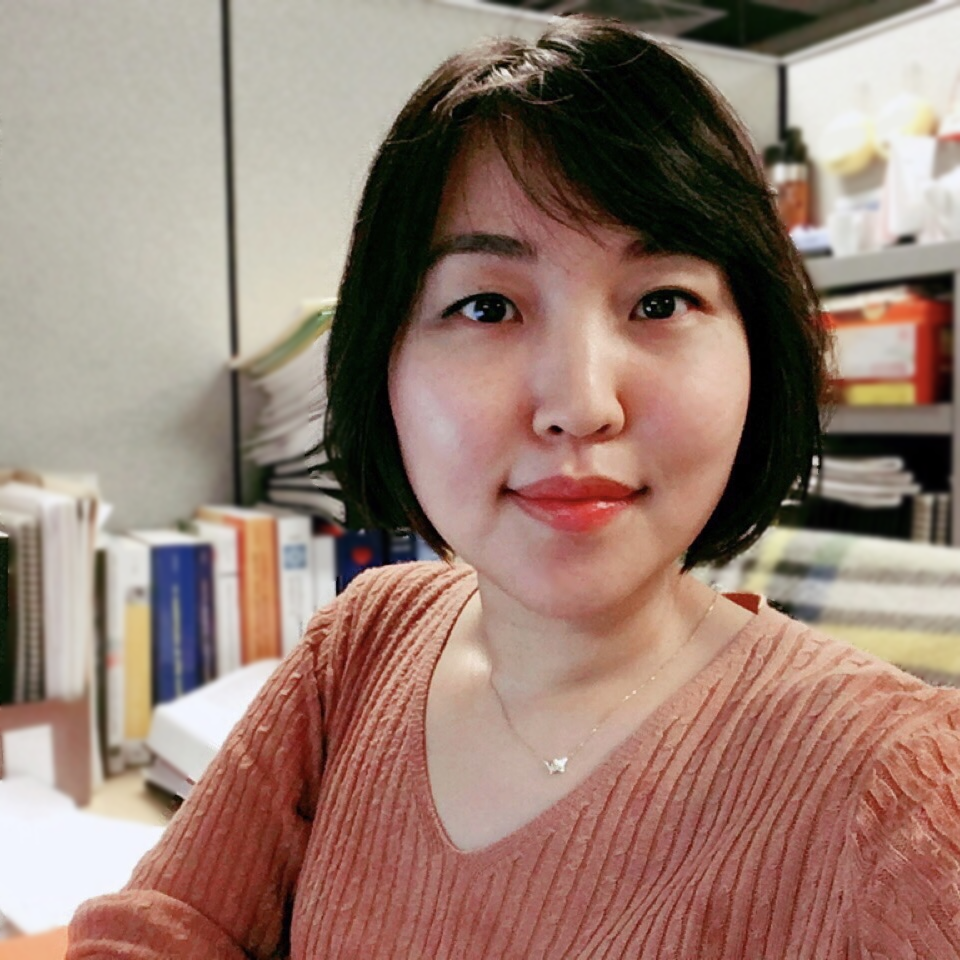 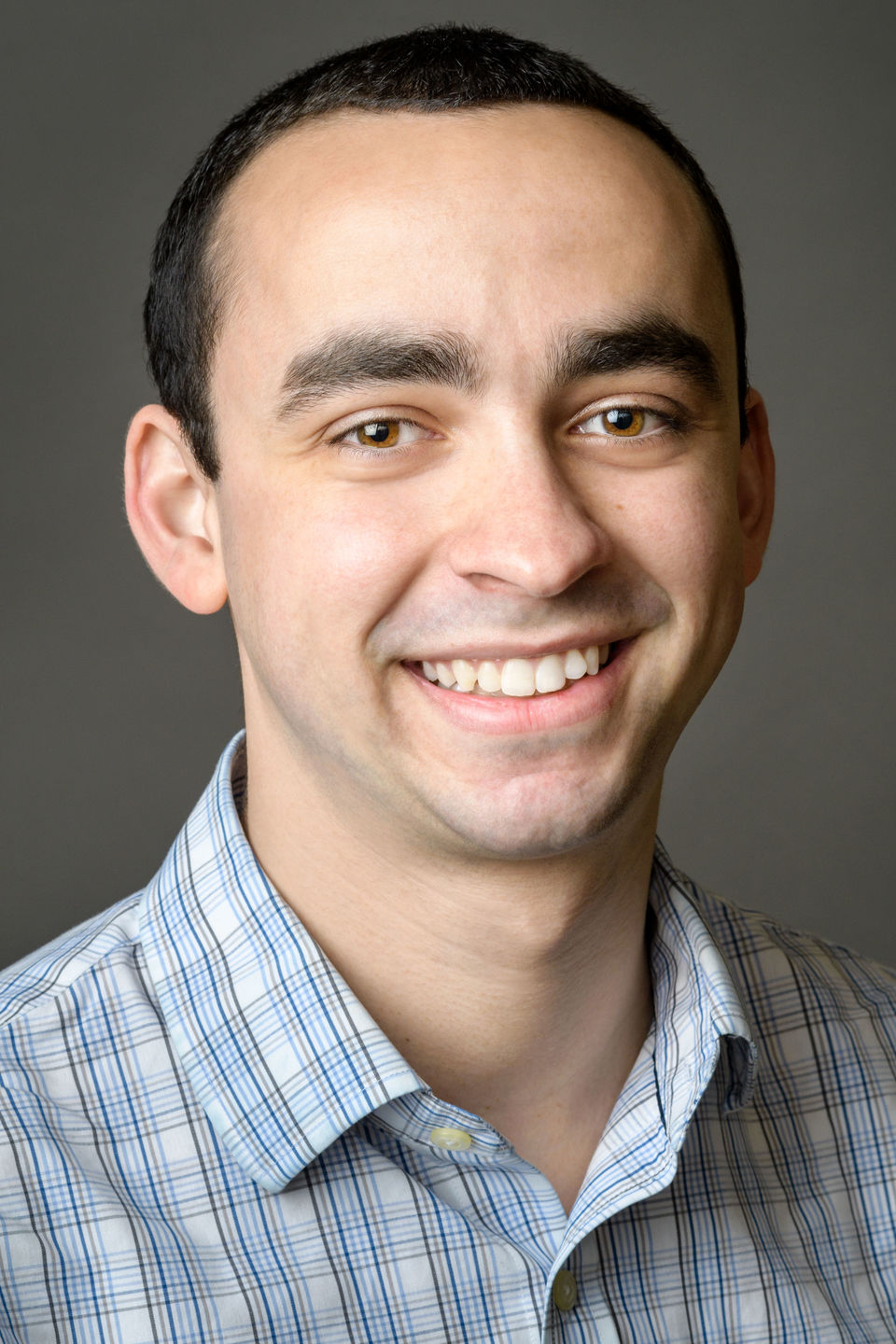 Bernardo Gouveia
(Graduate Student)
Office: G02 E-Quad
Email: bgouveia[at]princeton.edu Web
I am broadly interested in applying theoretical ideas from continuum transport and statistical mechanics towards understanding the behavior of complex fluids. Currently, I am working out a theory for the dynamics of microtubule suspensions in the prometaphase spindle. I am also thinking about flows of viscoelastic fluids in curvilinear geometries. 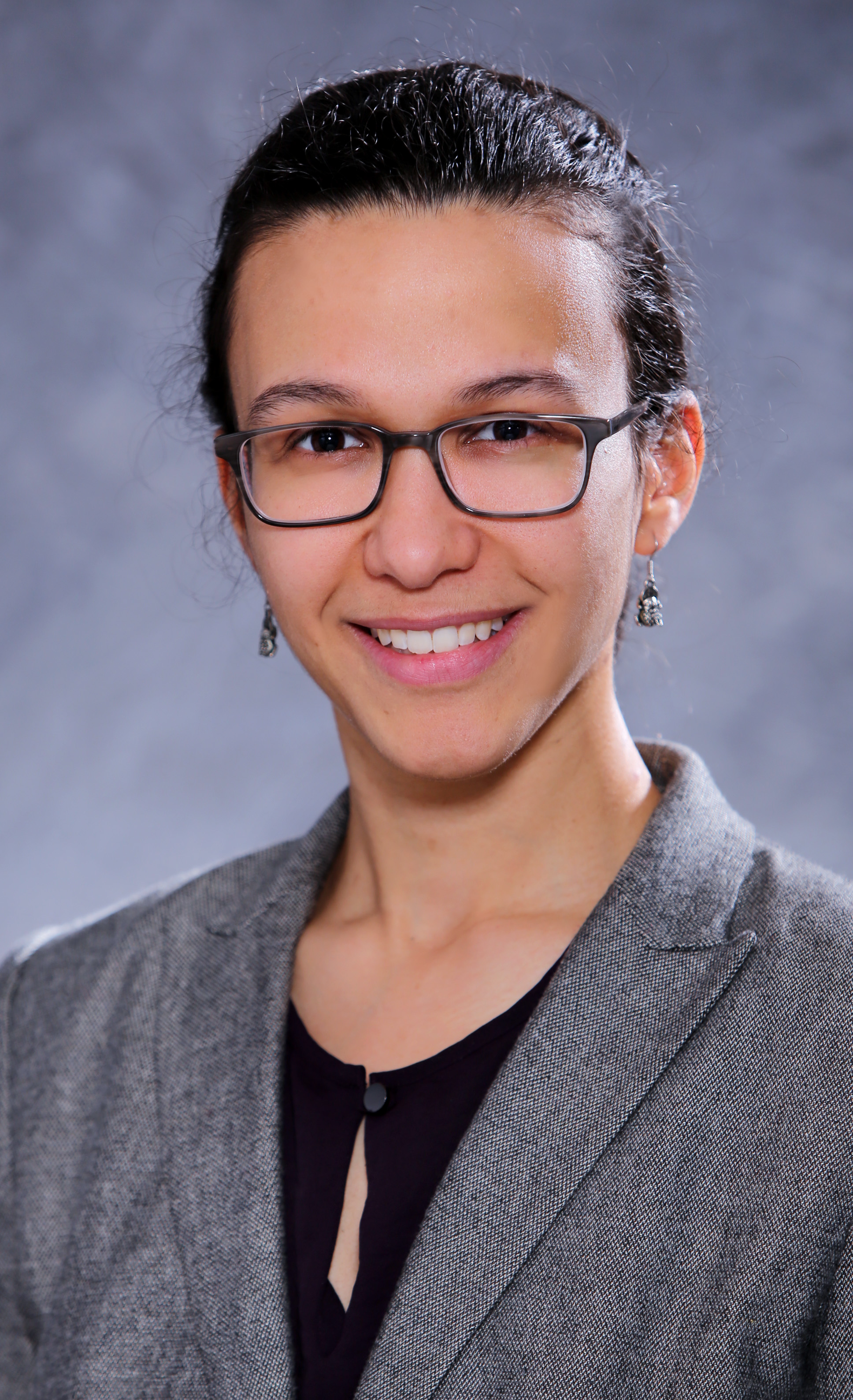 Jessica Wilson
(Graduate Student)
Office: G02 E-Quad
Email: jlwthree[at]princeton.edu
I am interested in phoretic effects. I use soft-lithography techniques to make microfluidic devices with which I study the spontaneous movement of colloidal particles in chemical gradients. The spontaneous movement of a colloidal particle in a gradient of a solute is called diffusiophoresis. 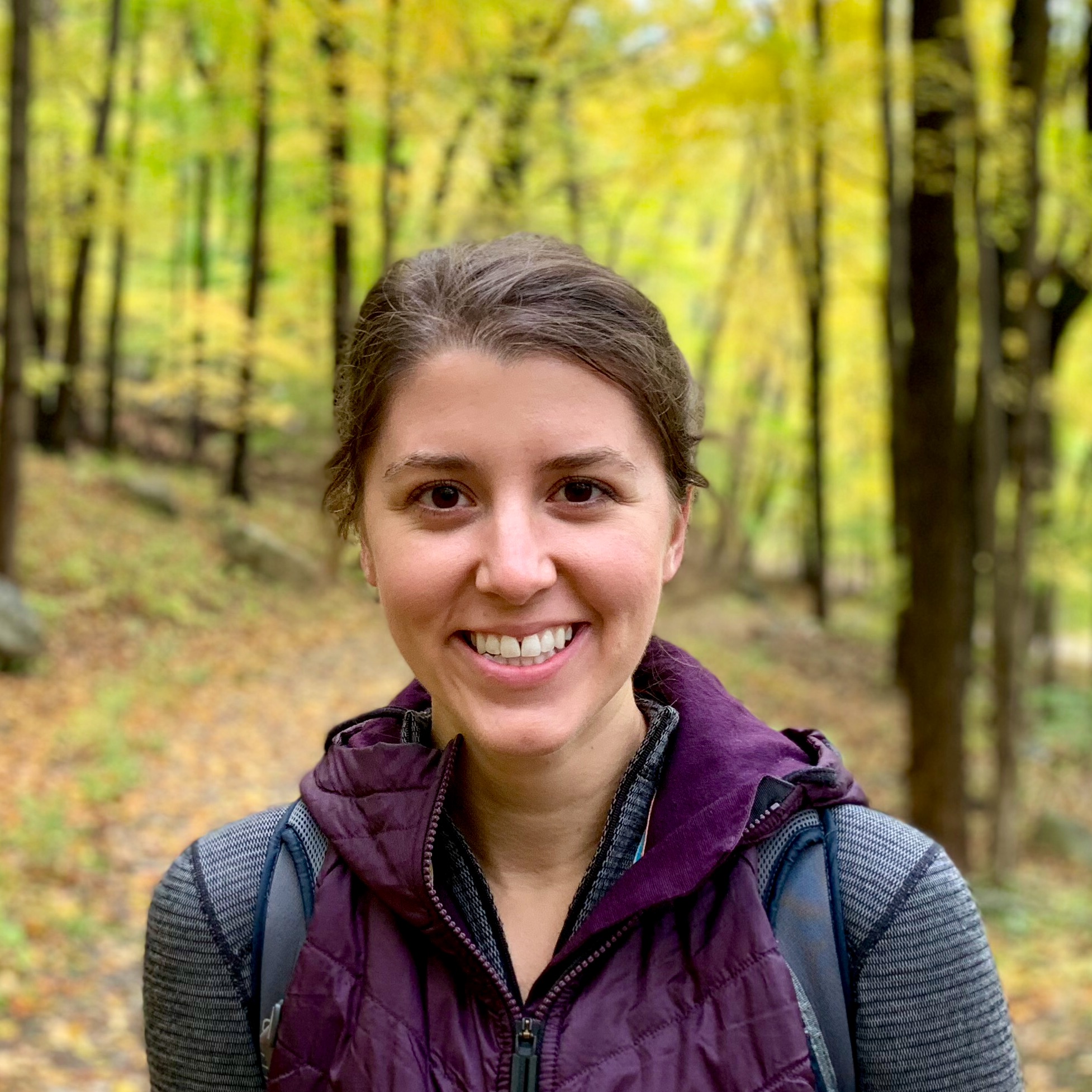 Danielle Chase
(Graduate Student)
Office: G02 E-Quad
Email: dchase[at]princeton.edu
I am broadly interested in problems in fluid mechanics related to the coupling of fluid flow and elasticity, interfacial flows, and instabilities, specifically with applications to energy and environmental and geological systems. Currently, I am investigating the dynamics of fluid-driven fracture in a porous medium. 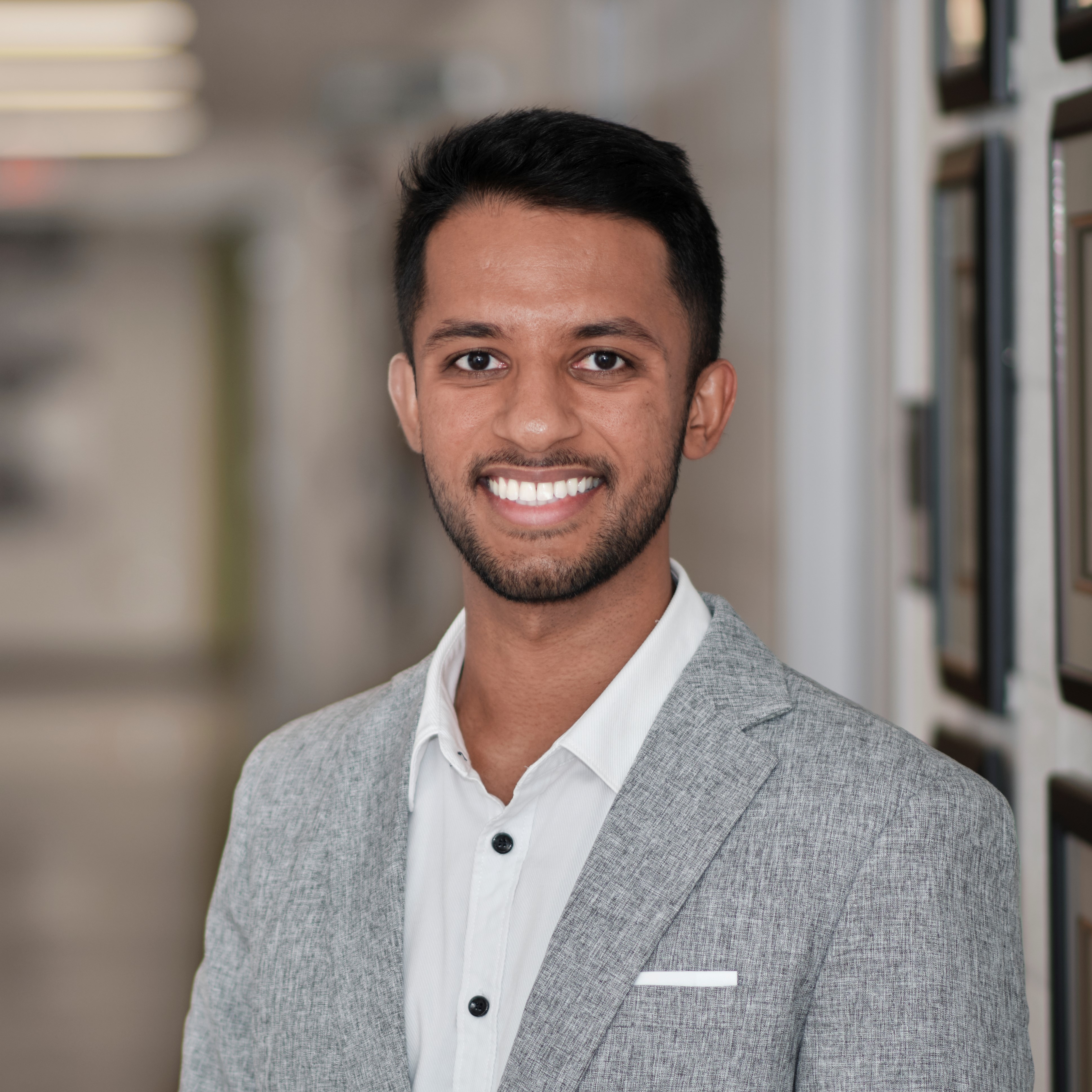 Paul R. Kaneelil
(Graduate Student)
Office: G02 E-Quad
Email: kaneelil[at]princeton.edu
My primary interest is in studying fluid mechanics problems that have biomedical applications. In the past, I have studied problems involving drop impact, bioink drop evaporation, and colloidal drop evaporation. Currently, I am studying an instability that occurs in a multiphase flow in a biomedical device. 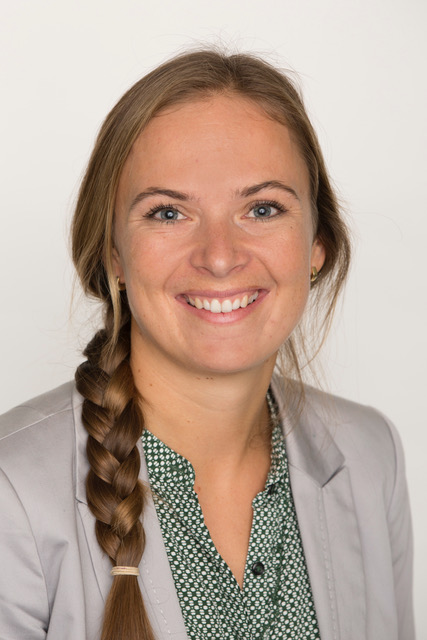 Christina Kurzthaler
(Post-doc)
Office: G02 E-Quad
Email: ck24[at]princeton.edu
My research interests encompass transport phenomena arising in active matter systems and the elastic behavior of semiflexible polymers. During my PhD, I have been interested to unravel the spatiotemporal dynamics of catalytic Janus colloids in terms of stochastic processes. Currently, I am studying hydrodynamic interactions of active agents with surrounding surfaces and I am looking forward to new exciting projects at the interface of soft matter, fluid mechanics, and biology. 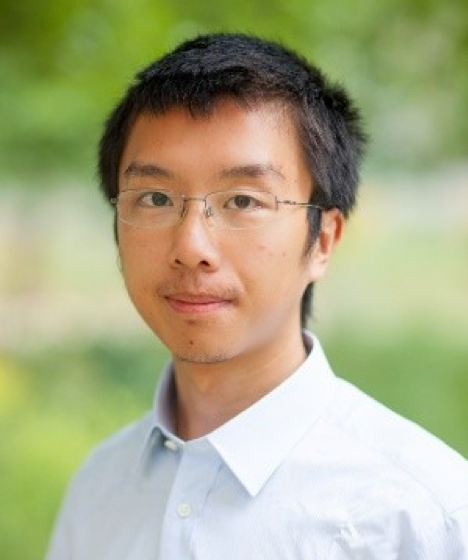 Zehao Pan
(Post-doc)
Office: G02 E-Quad
Email: zehaop[at]princeton.edu
I am currently studying the rheology of hydrogel microfibers, especially its gelation behavior through mechanical interlocking. Such gelation method could become a new way for creating the scaffold for 3D cell culture without the use of cytotoxic chemicals. In the years as a PhD student, I used both theory and experiments to study nanoscale Ohmic heating, electrospray water-in-oil droplet generation and electrospray cell encapsulation for biomedical applications.

Boyang Qin
(Post-doc)
Office: Lewis Thomas Lab 343b
Email: bqin[at]princeton.edu
Bacteria demonstrate remarkable community behaviors mediated by the process of quorum sensing and the transport of small molecules under flow. The daily routines of Individual cells, such as matrix secretion, virulence, and dispersal from surfaces are often regulated by genetic circuits that depend on the state of the colony as a whole. In the Stone and Bassler lab, I’m interested in studying quorum sensing and group behaviors at the single-cell level. In particular, I want to investigate the biofilm growth architecture, dispersal dynamics, and material rheology when biofilms are subject to external flow perturbation, nutrient gradients, and alterations in matrix composition. 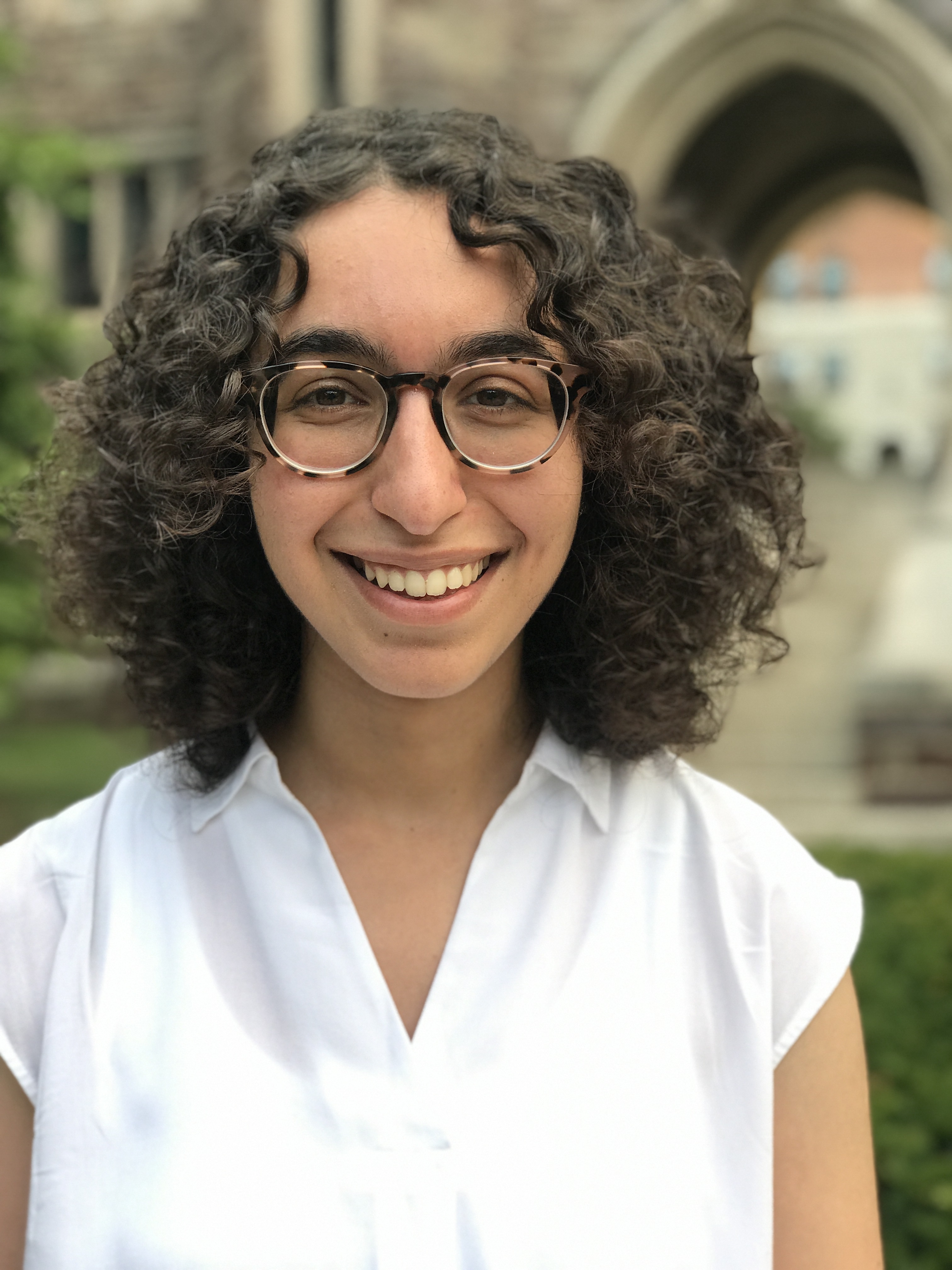 Niki Abbasi
(Graduate Student)
Office: G02 E-Quad
Email: niki.abbasi[at]princeton.edu
I am interested in problems at the interface of soft matter, and fluid mechanics, which lead to developments in biotechnological applications. Currently, I am developing a system, based on aqueous polyphase systems, to generate microstructured fibres. 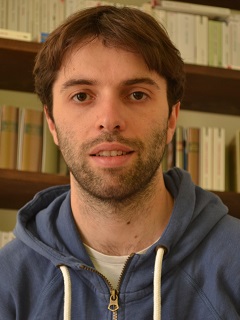 Philippe Bourrianne
(Post-doc)
Office: G02 E-Quad
Email: philippe.bourrianne
[at]princeton.edu
I am interested in various topics involving soft matter and fluid mechanics. In particular, I have studied droplet levitation by combining gas generation and water-repellent substrates. I am also interested in shear-thickening fluids in terms of both rheology and macroscopic behavior. I am currently studying the hydrodynamics of nutrients transport in myccorhizal fungi networks. 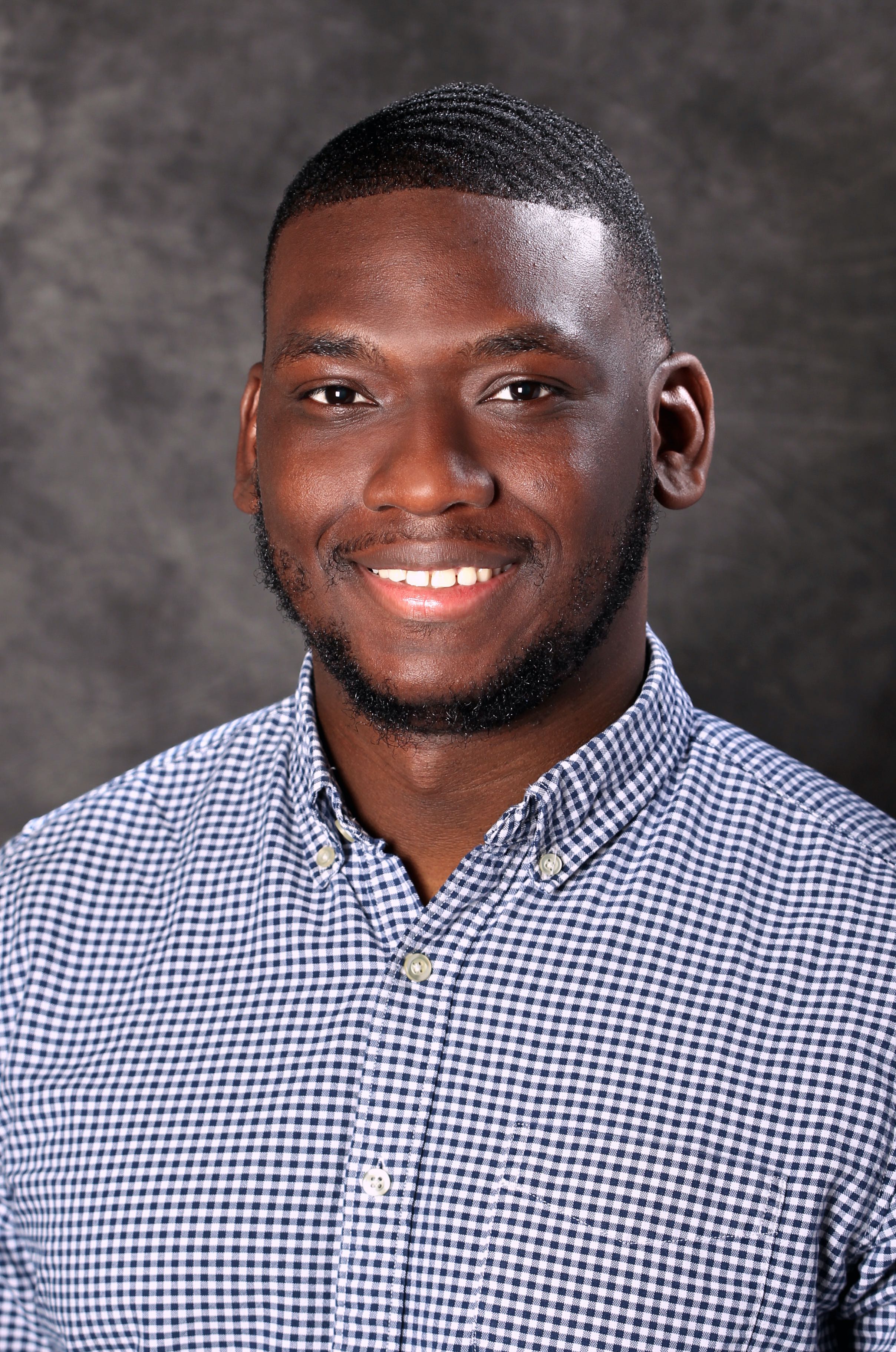 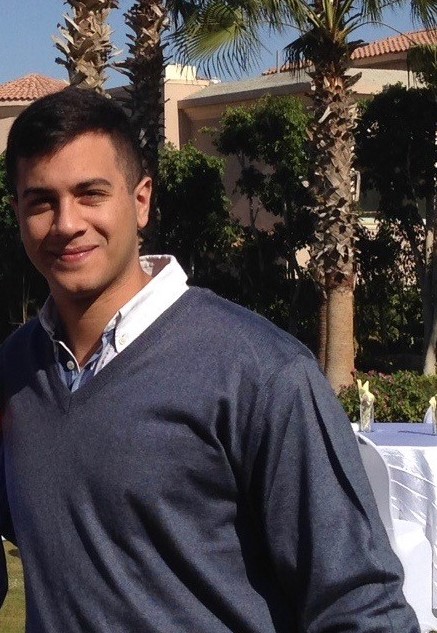 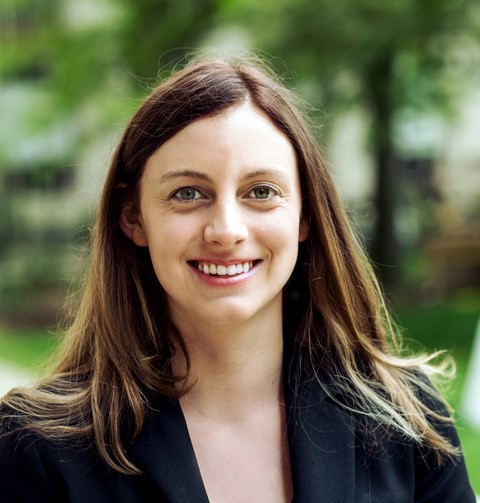 Samantha McBride
(Post-doc)
Office: G02 E-Quad
Email: smcbride2[at]princeton.edu
Web
My background is in environmental, chemical, and mechanical engineering; and my research interests lie at the intersections between fluid physics, interfacial science, and phase change. I am particularly interested in development of new technologies for sustainable water treatment and desalination. My past research has explored the various patterns and wetting phenomena that arise during the evaporation of saline drops on materials with engineered wetting properties. I plan to continue research that explores the interactions between salt crystals and material interfaces. 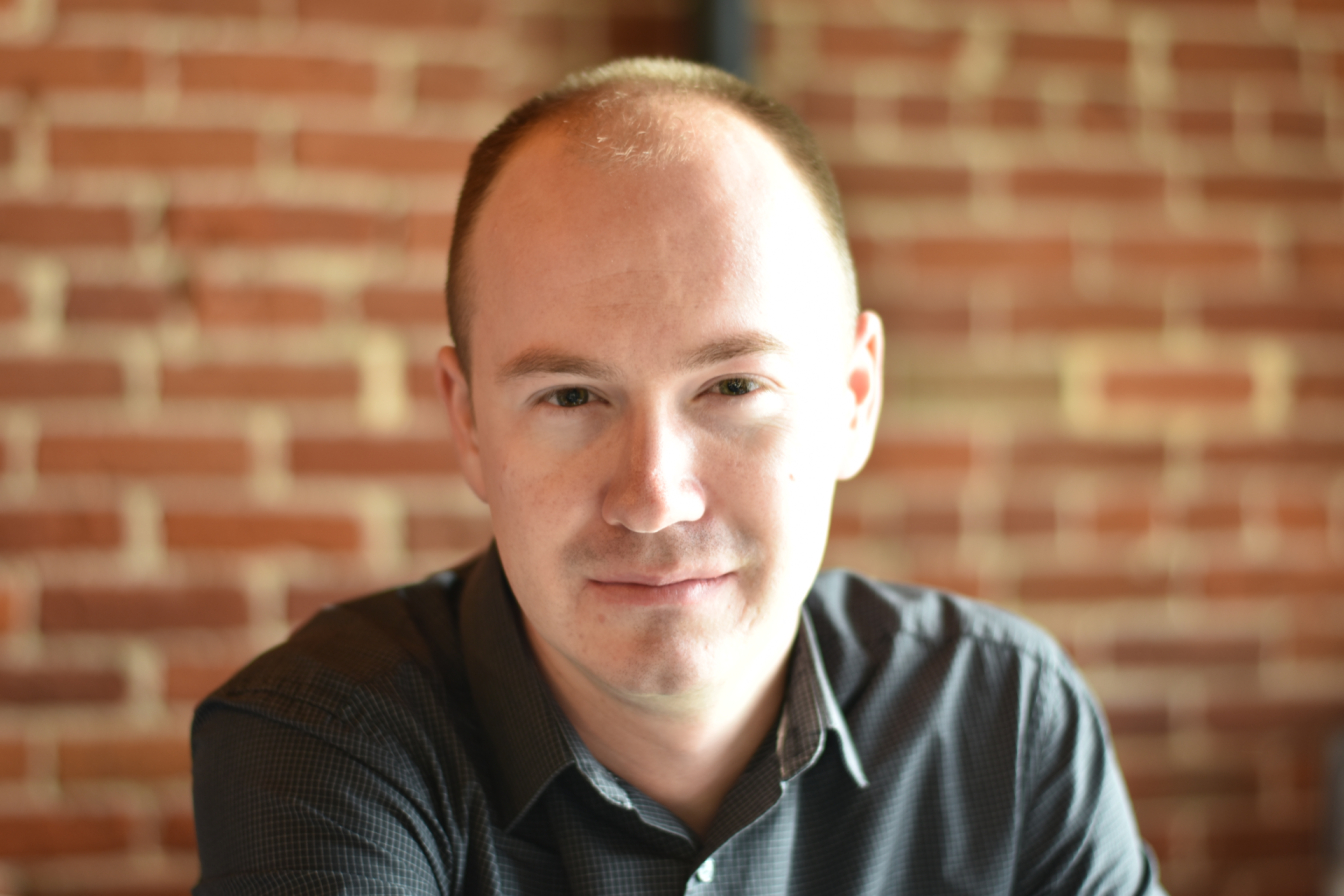 Evgeniy Boyko
(Post-doc)
Office: G02 E-Quad
Email: eboyko[at]princeton.edu
My research interests encompass the transport phenomena involving Newtonian and non-Newtonian fluids in small-scale systems. During my Ph.D., I studied fluid dynamics of viscous liquids at the microscale and their interaction with elastic boundaries, actuated by the electro-osmotic flow. Currently, I am interested in elucidating the behavior of non-Newtonian fluids, and in particular, I am studying viscoelastic fluid mechanics. 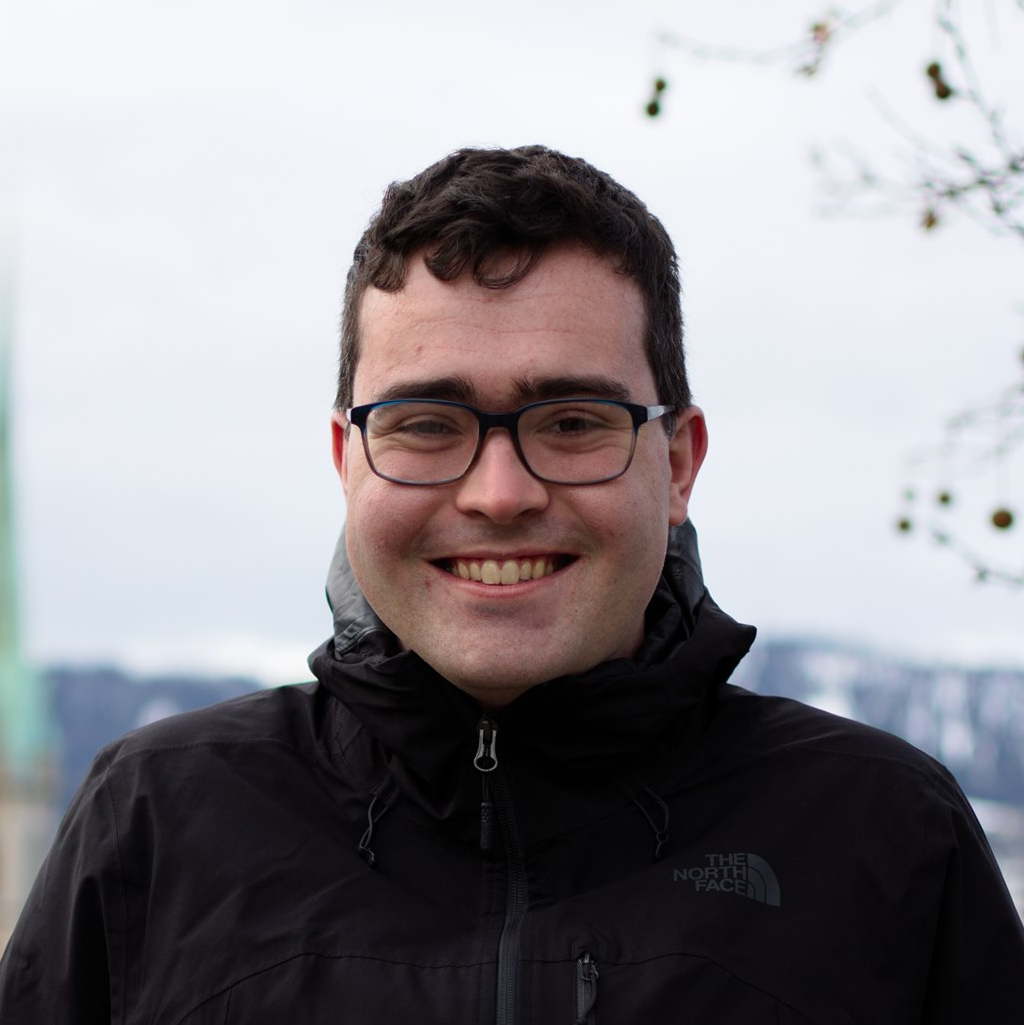 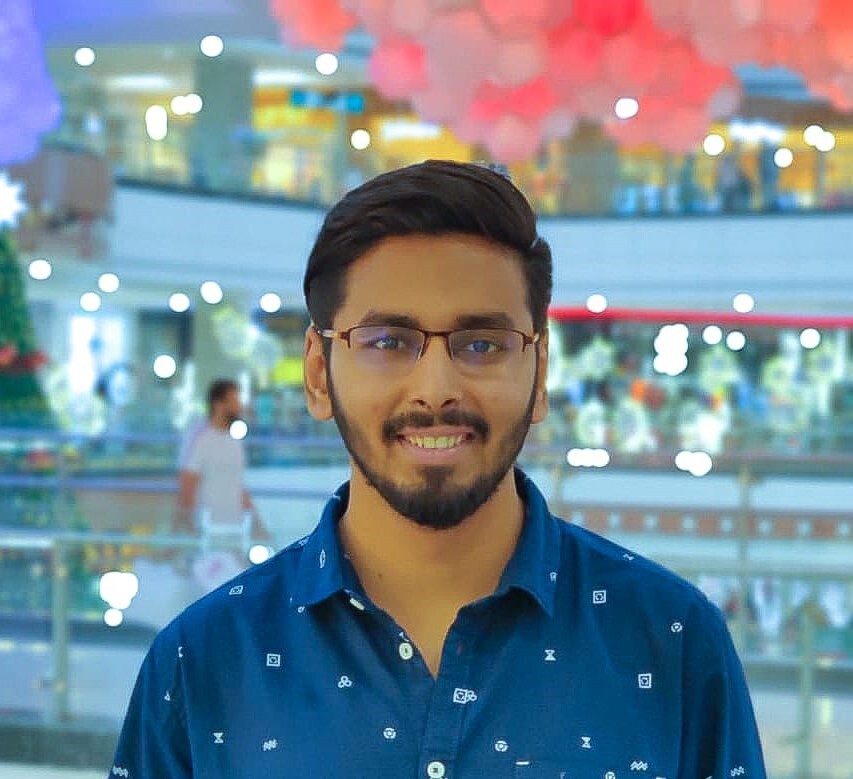 Tejas Dethe
(Graduate Student)
Office: J222 E-Quad
Email: tdethe[at]princeton.edu
Coming from a background in physics and pure mathematics, my research interests lie at the junction of fluid dynamics and material science as a theoretical approach to study the physics of soft condensed matter systems. Among other numerical or theoretical methods, I am most curious about applying symmetry and topological arguments to understand these systems. On the fluids side, I currently work on numerical simulations of multiphase separating systems coupled with hydrodynamic flow, and theoretical models for gel-fluid interaction problems. Beyond that, I have also been working towards understanding the effects of symmetry-breaking and non-trivial topologies on wave propagation in elastic metamaterials. 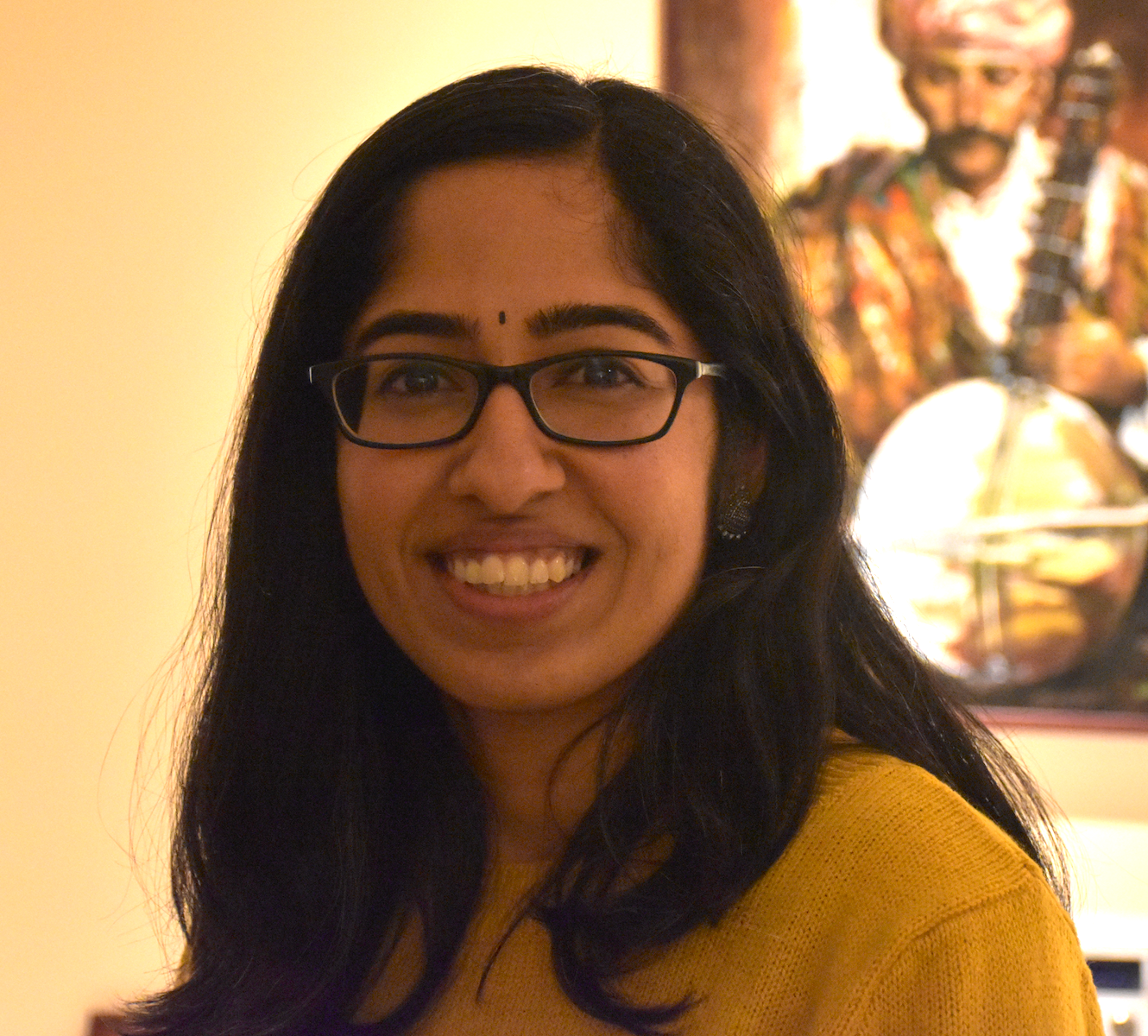 Ambika Somasundar
(Post-doc)
Office: G02 E-Quad
Email: as4147[at]princeton.edu
My research interests broadly encompasses the fabrication and study of soft materials with a focus on biomaterials. In the past, I have studied the transport behavior of both active and inactive components in systems such as lipid vesicles, supported lipid bilayers, emulsions and coacervates in gradients of reactant/ solute. Currently, I will be exploring avenues for particle penetration into bacterial biofilms. I am also interested in exploring problems in phase separation phenomena in elastic media. 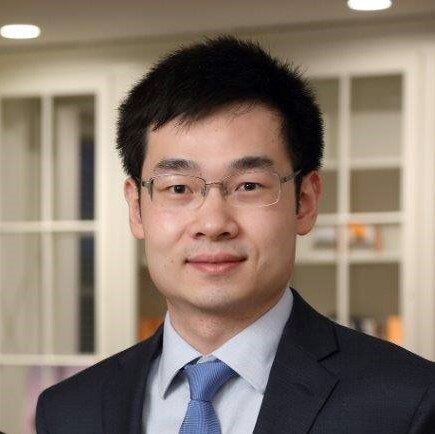 Junshi Wang
(Post-doc)
Office: G02 E-Quad
Email: junshi.wang[at]princeton.edu
I am broadly interested in fluid mechanics in biological systems. My past research has explored flow physics of biological locomotion (e.g., fish/invertebrate swimming, bird/insect flight) and biomedical applications, such as respiratory flow, snoring, and phonation. Currently, I will be exploring the fluid dynamics of speech.